THE CURVE OF HER ARM by Mullet & Rainwater!

Happy New Year from NightBallet Press!
We are beginning the year right by announcing the imminent publication of
The Curve of Her Arm by Robin Mullet and Holli Rainwater! 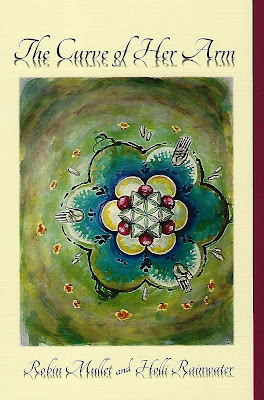 The Curve of Her Arm is a collaborative book of free verse and haiku from two remarkable poets. 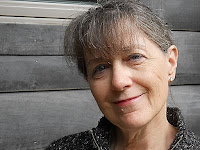 Robin Mullet is an avid practitioner of qigong/tai chi, which she feels centers her and expands her creativity. Each one of her poems takes you through the art and practice, movements and moments, of qigong. As Robin wrote to me in her original proposal, "The poetry goes beyond the movements ekphrastically to the emotions and memories brought to the forefront by the ancient form." 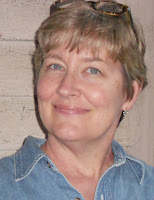 Holli Rainwater's award-winning haiku have appeared in numerous publications, including the OPA Press anthologies Everything Stops and Listens, and A Rustling and Waking Within. Two of her haiku were chosen for the Seasons of Haiku walking path at the Holden Arboretum in Kirtland, Ohio. She works at the Coshocton Public Library and teaches Chi classes—her own fusion of qigong, tai chi, and poetry.

Holli Rainwater has written "Each of these poems was inspired by the art and practice of qigong, an ancient Chinese health care system that combines gentle body movement, breath practice, and mindfulness. Qi (pronounced "chee") refers to the life force or vital energy that flows through all things in the universe. To practice qigong is to cultivate and balance this energy as it flows through our bodies."

The stunning cover photo is a watercolor painting by Becky Hernadez, commissioned specially by NBP for The Curve of Her Arm. Of the cover art, Rainwater wrote: "I love mandalas and this one is so interesting. She has all the colors that represent each season and each element in the qigong system. The whole world is represented, sort of a bursting forth of creativity and stillness. A representation of the human body and soul moving toward wholeness. And of course, the round feminine inclusive shapes." Mullet wrote: "Love the hands and the background seems like the endless universe." Hernandez also contributed two more watercolors for the inside of the book; one can be found on the introductory haiku's page, and one on the acknowledgments page. Both of the smaller pieces are delicate and lovely. Hernandez responded: "I am really honored to have had my work paired with the stunning and beautiful writing of two such talented and healing artists. I found the style of the book innovative and calming,(and) at the same time, truly heartfelt and human, blending two very different writers beautifully." You can find more of Hernandez's work here.

The Curve of Her Arm is a forty-page book containing thirty-three haiku and poems, Rainwater's haiku appearing first, with Mullet's parallel poems on the opposite pages. Each form is introduced within the poem that explores it. Reading The Curve of Her Arm is a refreshing, rewarding experience that leaves one with a sense of calm, wonder, and appreciation. This book will be released at a very special performance/reading on January 31st, 2019, at 6:30 pm at the Johnson-Humrickhouse Museum, 300 N. Whitewoman St., Coshocton, Ohio.

The Curve of Her Arm will be published within two weeks, in time for Mullet and Rainwater's debut reading of it on January 31st. Pre-orders are being taken now for this lovely book of heartwarming poetry. Order now, and NBP will include a copy of Margie Shaheed's last book, Throwback Thursdays, with your order, for free.

Are you tired of being human, having talented brain turning to a vampire in a good posture in ten minutes, Do you want to have power and influence over others, To be charming and desirable, To have wealth, health, without delaying in a good human posture and becoming an immortal? If yes, these your chance. It's a world of vampire where life get easier,We have made so many persons vampires and have turned them rich, You will assured long life and prosperity, You shall be made to be very sensitive to mental alertness, Stronger and also very fast, You will not be restricted to walking at night only even at the very middle of broad day light you will be made to walk, This is an opportunity to have the human vampire virus to perform in a good posture. If you are interested contact us on Vampirelord7878@gmail.com
Or Add up on Whats-app +233248104710

I have read your article; it is very informative and helpful for me. Thanks for sharing nice information.