This past weekend, the mega-event Snoetry Three and a Half rocked Erie, PA with two days and nights of poetic revelry.  Poets from various states gathered at the Poets' Hall, where emcee and cohost Cee Williams kept the poetry ball rolling with well over 50 features and open micers.  Lix & Kix (John Burroughs and Dianne Borsenik) cohosted with Cee, and an outstanding time was had by all!

And one of those moments that really stands out for this editor is the moment Zachary Fishel walked in the door of the Poets' Hall.  Beneath my seat was a box of chapbooks for Zach.  When a moment presented itself, we exchanged greetings and I presented him with his brand new chap, Prayerbook Bouquet, published that very day... 01-26-13! 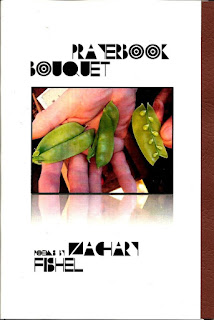 Prayerbook Bouquet by Pennsylvanian/Ohioan Zach Fishel is a 24-page chapbook bristling with a bouquet of poetic gleanings.  Poet John Dorsey wrote an introduction - or, in the themed design of the book, an invocation - which states "These poems about love, disappointment and youthful abandon offer the reader tiny moments of joy and quiet revelations.  He is...making it a little safer to go into coffeeshops again...."

The front cover of Prayerbook Bouquet features a great photograph taken by Kathy Smith of her husband Steven B. Smith's hands. 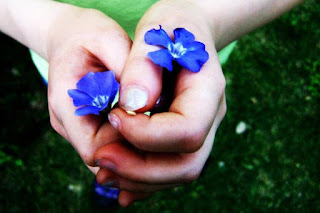 Alderman's photo features her daughter's hands, and as you move through the poems in the chap, you remember we were all children once upon a time, and that, in Zach Fishel's words from his poem "Telephone Calls About a Sandwich",

"we remember what breathing is...as we unlearn catastrophes"

Prayerbook Bouquet is printed on creamy ivory paper, with a white textured cardstock cover.  The heavy cardstock insert is a leather-textured chocolate brown.  The real beauty in this garden bursts forth from the poems; there are no weeds between the covers.  At only $5 plus $3 shipping/handling, how can you resist digging in? 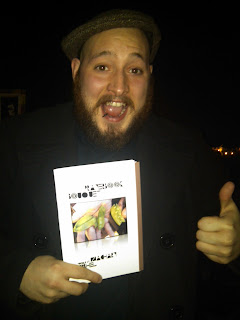 Hip Cat Femur Whack Give a Doc a Bone #1 in the New Year!

NightBallet Press is extremely pleased and honored to present the first publication of this New Year of  2013... Steven B. Smith's Hip Cat Femur Whack Give a Doc a Bone!

Hip Cat Femur Whack Give a Doc a Bone (the title is taken from one of his poems) is loosely themed on picking up the threads of the years after his memoir Stations of the Lost and Found ended, and covers tales of Cleveland, the pain and recovery surrounding his bum hip and resultant surgery, and the peace he's found in the zen of his poetry and his life with his Lady.  Written with wry humor and penetrating pokes, this is a cannot-put-down-once-you-pick-it-up-must-read-it-straight-through-and-then-read-it-again book!

The cover cardstock is a textured pale blue, and the heavy cardstock insert is a deep forest green; the cover photo was taken by the editor last summer in Cleveland (on Carnegie, around E. 65th St.).  The text of the poems are printed on a heavy soft white cotton paper.

Published today, January 13, 2013, this book is immediately available through PayPal on this website for only $5 plus $3 postage.  It will also be available on Amazon.  And Smith will certainly have copies for sale at upcoming Cleveland-local venues, and at the upcoming (Jan 25 and 26) Snoetry Three and a Half mega-event in Erie, Pennsylvania!

The cover title itself should give you some idea of the stunning punning and prime rhyme this poet employs throughout his work.  You'll want to hear him read his poetry aloud- catch him at a reading or listen at Mutant Smith... and get your copy of Hip Cat Femur Whack Give a Doc a Bone today! 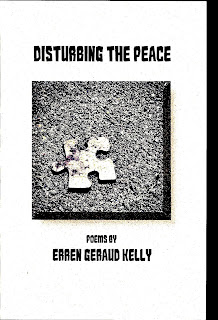 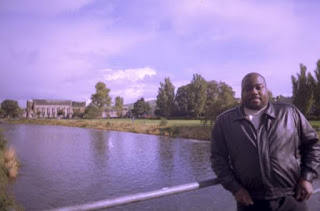