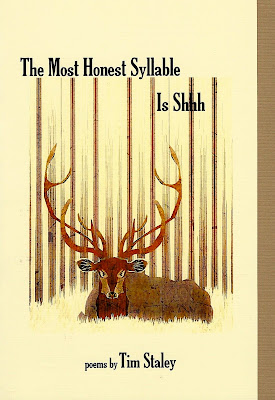 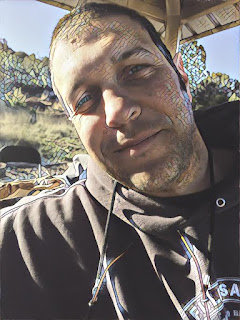 NightBallet Press is truly delighted to announce the publication of
You Know the Type by Andy Roberts! 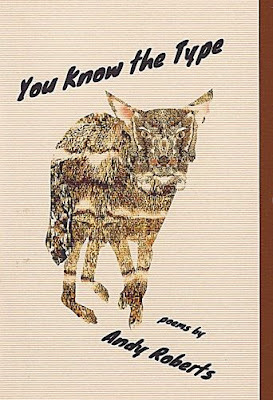 You Know the Type is saddle-stapled and features a stunning collage, "Coyote 04.30.17," by Bree on its ribbed cardstock cover.  (Bree has graciously allowed NBP to use her work for several recent covers; check out her fabulous and groundbreaking work at www.theartistbree.com.)

This collection contains 26 poems on 36 pages.  In his poems, Roberts says "you know the type...the shoegazers, the moonbeamers"; his poems reflect on lucky byways in life, and offer stirring recollections of an earlier time, memories shared in time by common experience.

Coelacanth, 1969
I remember Dark Shadows at three in the afternoon,
the moon shot, picture of the coelacanth
in the World Book Encyclopedia.
I would learn tricyclics, MAO Inhibitors, encehalopathy.

But things weren't all bad.
The moon shot inspired me and I was
proud to be an American.
The Jets beat The Colts in Super Bowl 3.
The Monkees broke up.

I lost the key to memory a long time ago.
Drowned anything close to an answer.
Learned things in the deep
could be reeled up
no one had ever seen. 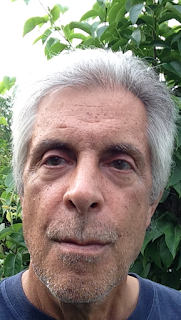 Andy Roberts, a Columbus, OH, poet, has three previous books from NightBallet Press: Yeasayer, Pencil Pusher, and The Green World, and we are honored and pleased by his trust in our press. Roberts has seen his work appear in a wide array of literary journals and small press publications for over thirty years, including Atlanta Review, Chiron Review, Meridian Anthology of Contemporary Poetry, Mudfish, Pudding Magazine, and Slipstream.  His work has been nominated for the Pushcart Prize several times. Roberts handles finances for disabled veterans, a sometimes frustrating, and often rewarding, occupation.

You can order You Know the Type for only $5 plus $4 shipping through PayPal, with the credit or debit card of your choosing. (U.S. customers only; non U.S. customers may contact the editor at nightballetpress@gmail.com to discuss shipping charges.)  Find us on Amazon!