NightBallet Press is greatly pleased to announce the publication of
Fragile Capacities
by Sandra Feen! 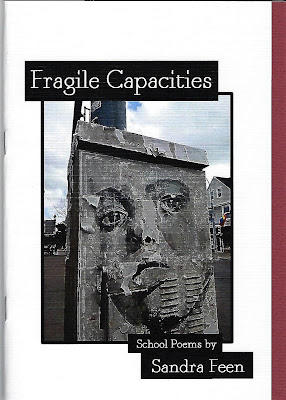 Fragile Capacities contains 40 pages of 21 poems. At times showing frustration, at other times, keen observation and an uncanny ear for dialogue, the poems range from poignant to tragic to triumphant, and Feen's Voice is strong and clear throughout the book.

Before the Tardy Bell

I'm supposed to give you a copy of my anxiety plan
so I don't do this no more. Stacy holds up arms
sleeved in razor cuts; it says she's to smell lavender candles
next time she's upset. Another girl places
in my other hand her new schedule, just out of juvie.
Others eye an ankle bracelet as she ushers herself, wordless,
to the only seat left, the one in the back with swastikas
carved on its desktop. And the boy next to her
continues to throw spit wads, staples, spiral paper fringe
all over the 40-year-old carpet.
He thinks he can read my mind: Don't think
I'm gonna pick up that piece of trash 'cause that ain't
one I threw! A stink bug drops from the ceiling onto
a girl's syllabus. She screams, while another focuses
all her attention on my response to her question pronounced
as a statement: Let me go to the bathroom before the tardy bell.
I miscarried last night and need to go whenever I need to go.

"The title of long-time teacher and ever-persistent poet Sandy Feen's new book of poems about her thirty years in the trenches of our schools says it all: we are--and have always been--creatures riding on our "fragile capacities" to foster genuine life, deep connection, and living communities. These poems are a testament to the difficulties our educators now face, when schools are expected to solve all our problems while the support for genuinely innovative instruction remains so weak. These poems let us as readers live that dilemma, and should be a required text for anyone trying to imagine a new world where schools are valued as places of transformation, where we spend more on shoring up our cities, supporting struggling families, and counseling our troubled youth, than on the next round of military deployment and fossil fuel subsidies. These poems show us where the real wars to be won are being fought in our inner city classrooms, by front-line-soldiers-of-the-heart known as our nation's teachers. I come away from this book realizing once again how essential it is that we give teachers credit for what they do--and the resources to truly make change." 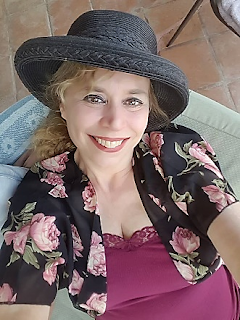 Sandra Feen is a former associate editor of Pudding Magazine, and currently works as an independent poetry and urban fiction editor. A member of the poetry troupe Concrete Wink, she has also been a featured reader in and out of Ohio. She has a BFA in Creative Writing and a BS in English Education from Bowling Green State University, and an MA in Literature from Wright State University. She was one of twelve teachers selected for the National Endowment of the Arts' first "Change Course" program, through W.S.U.'s Institute on Writing and Its Teaching. Publications include Poetry Motel, Elastic Ekphrastic, and The Pudding House Gang. Her work has been commissioned as part of Thin Places: Poetry and Art Exhibits and Installations at Columbus, Ohio's Jung Haus, and for the Cap City Poets: Columbus and Central Ohio's Best Known, Read, and Requested Poets anthology. She lives in Grove City, Ohio. 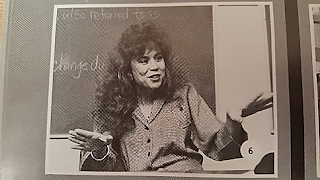 Fragile Capacities will be officially released on Saturday, October 20, at Borderlands: Poetry on the Edge, held at Main Street Books in Mansfield, Ohio, from 2 pm to 4 pm, where Concrete Wink (Sandra Feen, Chuck Salmons, and Rikki Santer...NightBallet poets, all!) will be performing. (Rikki will have copies of her new Crisis Chronicles Book, as well.)
BUT! You can preorder Sandy's book right now, here through PayPal, and I'll put them in the envelope, ready to mail on Friday. Fragile Capacities is only $12 plus $3 shipping/handling. You know you want one! Don't be tardy...order now!  ;)

AS FALLS TREES by Mark Danowsky!

NightBallet Press is pleased to announce the publication of
As Falls Trees
by Mark Danowsky! 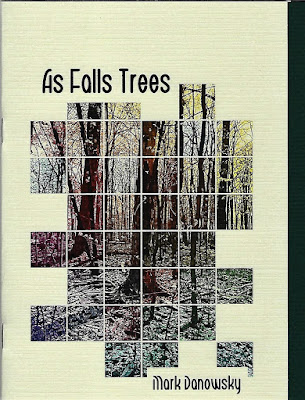 NightBallet Press first met Mark Danowsky at the 2017 Western Maryland Independent Literary Festival in Frostburg, Maryland. Not long after that, he queried about sending a short manuscript of poetry to us. The result is As Falls Trees.

Danowsky chose the idiosyncratic title As Falls Trees deliberately. He "likes that it resists immediate comprehension, and that it leaves space for the reader to reflect and to use his/her own imagination or interpretation regarding it." All thirteen poems in the book relate in some way to the lives of trees. From the whimsical "An Open Letter To Mangroves" to the cautionary "Invasive" to the meditational "Cries of the Forest" to the celebratory "Chronology," Danowsky guides us through a forest of white walnuts, dawn redwoods, elms, and hemlocks to a clearing where "we both can survive a lightning strike."

NightBallet Press found it appropriate to release As Falls Trees during the 2018 Western Maryland Independent Literary Festival this past weekend, and delivered Danowsky's books to him there! 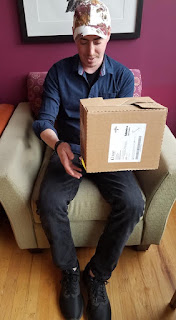 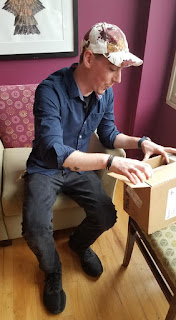 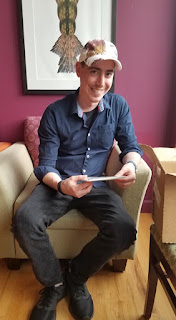 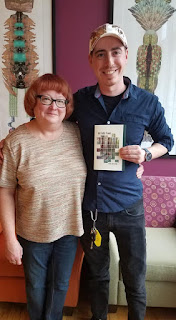 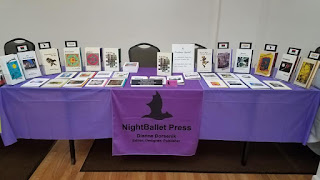 Danowsky is a writer from Philadelphia. His micro-chapbooks Nightfallen and Becoming aware of the tide were published by the Origami Poems Project in 2016, and are available free online. His poems have appeared in About Place, Gargoyle, Right Hand Pointing, Shot Glass Journal, and others. He is managing editor for the Schuylkill Valley Journal and cofounder of Wood & Water Press.

As Falls Trees is only $5 with $3 shipping, and is available now to order through PayPal! Get your copy today!