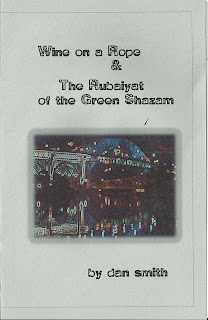 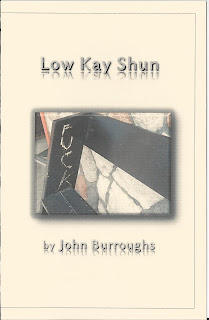 This is the week leading up to Christmas, when there never seems to be enough time to get things done, but NightBallet is working hard to bring four new publications to press in the very near future.  T.M. Göttl's new chap of poems, A Hurricane of Moths, will be the first NightBallet chap in the new year of 2012... 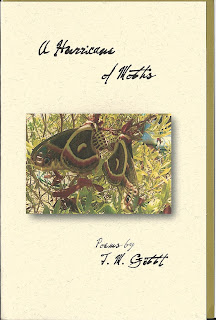 ...and it's a stunner!  Her imagined lands are lush and magical, and you won't want to miss this journey through time, space, and the mind of this truly gifted poet.
﻿Closely following the publication of A Hurricane of Moths will be chaps by Heather Ann Schmidt (Batik- a book of poetry to delight all the senses at once), and Elise Geither (Monologues for Poets, a marvelous blending of poetry and prose, with emphasis on the poet and the muse).

Special announcement!  A brand new broadside to finish out the 2011 NightBallet Broadside Series! Cleveland poetry legend dan smith's "Wine on a Rope"/"The Rubaiyat of the Green Shazam" is set to be published sometime between today and the New Year.  Stay tuned for more info on  this, and all the upcoming NightBallet Press publications.

Oh, and Happy Holidaze to you and yours!
No comments:

NightBallet Press is delighted to announce that Terry Provost's remarkable chap of poems, An Uncountable Infinity Of Orgasms, is available in all its uncountably infinite glory!  The 13 poems contained therein are politically biting, delightfully sarcastic, tender, educational, and exciting... yes, all of these!  It's the perfect stocking stuffer for the special poet in your life.

See what Facebookers are saying about its publication:

Chansonette Buck  i want one.  actually -- i want one of everything you've published so far, and going forward.
Terry Provost  Buy one get infinity free.
Chansonette Buck  awesome :) such a deal :)
Terry Provost  Actually, it's a good deal at a million times the price. (God, you gotta love working with the transfinite.)
Ralph La Charity  an infinity nightly infinitely intimate, you bet... 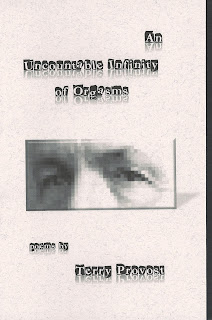 Terry Provost is one of northern Ohio's most dynamic and unforgettable performers.  You don't read Terry Provost's poetry, you experience it.  Buy An Uncountable Infinity Of Orgasms today, online through PayPal!
No comments:

NightBallet Press is extremely pleased and proud to announce the Pushcart Prize nominee for work published in 2011. Chansonette Buck and her chapbook blood oranges has been nominated.  Congratulations to this fine poet! 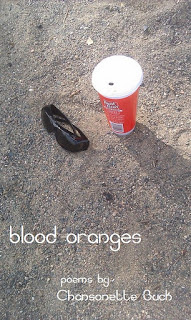 Chansonette Buck spent her childhood “on the road” as stepdaughter of a Black Mountain poet, living all over the American West, in England, and in Spain. She holds a PhD in English from the University of California, Berkeley, where she concentrated on 20th-century poetry and poetics and wrote a dissertation on childhood trauma as the source for William Carlos Williams's poetic obsessions. She has a BFA in painting from Massachusetts College of Art, and has won awards for her visual art, her poetry, and her teaching. Chapters of her memoir Unnecessary Turns: Growing Up Beat have appeared in Why We Ride: Women Writers on the Horses in Their Lives (Seal Press, May 2010) and Polarity, and several poems have been accepted for publication over the next year. blood oranges is her first chapbook. Crisis Chronicles Press will be publishing her second chapbook, desire lines, in early 2012.

blood oranges is available for $5 plus $2 shipping and handling from NightBallet Press. Pay online with PayPal: