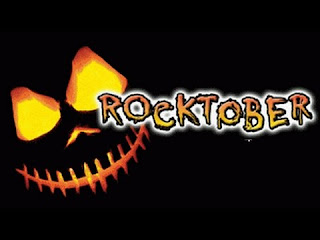 Welcome to ROCKTOBER at NightBallet Press!

Why do we call it "rocktober," you ask?  Because baby, we will, we will ROCK you...with not one, but TWO fabulous new and very different books by two fabulous poets!

Book number one is
Playing Tennis with the Net Down by Christine Howey,
the current Poet Laureate of Cleveland Heights, Ohio 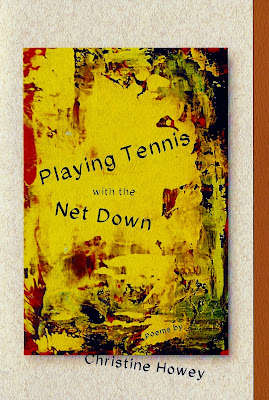 With a folksy, conversational tone, Howey leads the reader through the childhood experiences of X-rayed shoe selection, glow-in-the-dark watches, and tick-borne diseases, and the decidedly adult experiences of things found in a meadow, receiving your Life™ (and how to get it out of that pesky package), and "why you don't like reading poetry."  In one of the editor's favorite pieces, "Tapped Out," she explores our fascination with water bottles. Even when tweaking the reader with droll wit and dry sarcasm, you can sense the dimple in her cheek and the twinkle in her eye.

The cover art is a photo of a piece by Kevin Eberhardt, titled "Fey."  The cover is a textured tan cardstock, with a textured pumpkin-colored cardstock insert.  The poems are printed on thick, textured ivory paper.

Christine Howey is a performance poet, actor, award-winning theater critic (fifteen years, Scene magazine), playwright, and  journalist.  Recently named Poet Laureate of Cleveland Heights, she also competed as a member of the Northeast Ohio team in the 2013 National Poetry Slam Tournament in Boston, MA.  Her one-person show about her transgender journey, Exact Change, had its world premiere at Cleveland Public Theater in January 2014, and has since been performed at the New York International Fringe Festival, among other venues.  A movie version of the play is due to be released in 2017.  Her poems have appeared in Pudding Magazine, Star Line, and Muse, among others, and she has two previous books of poetry: If You Find Yourself Submerged in a Pond Under Ice (Kattywompus Press, 2011) and Thin Chance, or How to Get a Reputation as a Dick (Kattywompus Press, 2015). 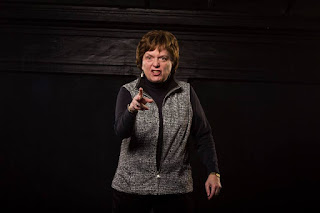 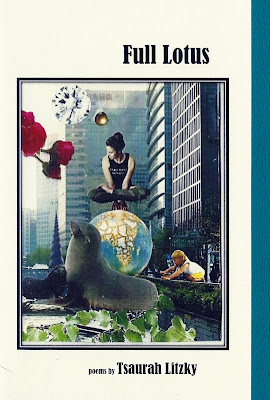 Full Lotus, a 32 page book of 19 poems and a delightful preface, explores all the ways  the practice of Yoga has influenced Litzky's life:  "True Believer," "Shoulderstand," "My Joints Snap," and "The Arrow Is the Soul" partner with "Sunday Morning Yoga," "Yoga of Snow," "The Mother of All Yogas," and "Yoga for Chasing Away the Blues," inviting the reader to experience "a better skin," an "open mind," "a new dimension...where grace beats karma."

I have been doing Yoga for over thirty years, writing poems since I was seven. Yoga and Poetry, along with my love for all humanity and for this struggling, bubbling world, are among the strongest threads running through my life. Writing these poems about Yoga has brought me great pleasure. I hope it brings you pleasure too.
Tsaurah Litzky is a widely published poet and writer of fiction, memoir, erotica, creative non-fiction, plays, and commentary   Her writing has been included in The Outlaw Bible of American Poetry.  Her memoir, Flasher, was published by Audible Books and by Long Shot Press as an e-book for Kindle.  Author of fifteen chapbooks, including Jerry in the Bardo (NightBallet Press) and two full-length poetry collections, Baby on the Water (Long Shot Press) and Cleaning the Duck (Bowery Books), she considers her favorite poem the one she's just written.  She is also a collage artist and Yoga instructor, and lives on the Brooklyn waterfront  where she can see the Statue of Liberty from her kitchen window. 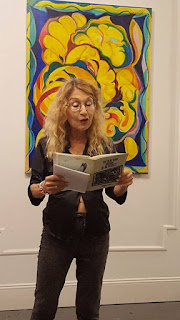 Get the jump on Hallowe'en and treat yourself to Playing Tennis With the Net Down by Christine Howey and Full Lotus by Tsaurah Litzky!
1 comment: