The second week of National Poetry Month here at NightBallet Press begins with the announcement and unveiling of the first four broadsides in the 2012 Series!

The entire 2012 Series will be available for sale through PayPal at the end of the year. However, if you absolutely cannot wait (and who could blame you? These poems are fantastic!), NightBallet has figured out a way to make these first four broadsides available to you right away. Buy any NightBallet chapbook, and I will include these first four broadsides in the order free of charge. This is a limited-time offer, good only until the next batch of broadsides are announced.

The first four broadsides are: 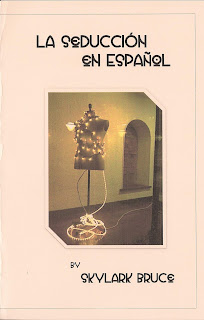 "La Seducción en Español" by Skylark Bruce  (This delightful performance poem written in English and Spanish will thrill you with its musical wordplay! Canton, Ohio poet Skylark Bruce comes across as both naughty and nice in this first broadside in the 2012 Series. For a sophisticated chuckle, grab a Spanish dictionary and get bilingual with Bruce. And you simply MUST try to catch a live reading of this poem!) 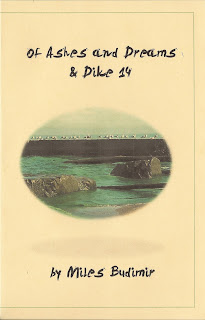 "Of Ashes and Dreams"/"Dike 14" by Miles Budimir (Written with Cleveland in mind, and with a nod to dan smith's poem "I Am Down With You, Crooked River", these two poems, "Of Ashes and Dreams" and "Dike 14", are a must-read for any northern Ohio denizen. Miles Budimir's clear, narrative style will grab your heart and not let go. Thanks to John Burroughs for the cover photo.) 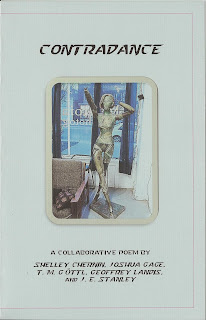 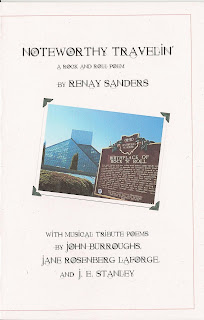 and a mini-collection of musical tribute poems titled "Noteworthy Travelin'", by Renay Sanders ("Noteworthy Travelin'"), John Burroughs ("No More Dark Horse" and "Danger Cruise"), Jane Rosenberg LaForge ("Rock Star Watching"), and J. E. Stanley ("Wayfaring Pilgrim" and "Humbuckers").  (This broadside is another first for NightBallet Press, with a (very) short collection of poems written on the subject of the Rock and Roll Hall of Fame in Cleveland, Ohio, and the rock-n-rollers who make the music happen. Featuring a wonderful poem by Renay Sanders, "Noteworthy Travelin'", two insightful "rock-ku" by John Burroughs, and tribute poems by New Yorker Jane Rosenberg LaForge and Ohioan J. E. Stanley, this one-time, one-of-a-kind broadside pays homage to the Hall of Fame induction festivities taking place in Cleveland, Ohio during the month of April.)


With a projected total of 12 broadsides in the series, NightBallet promises to satisfy every possible poetic taste with outstanding poems by a broad spectrum of diverse poets. Stay tuned for more announcements!


Note:  The poets in the collaborative poem "Contradance" have been listed alphabetically.  If you wish a "key" to which poets wrote which lines in "Contradance", send a request to nightballetpress@gmail.com, and I'll email it to you.  Thanks to J. E. Stanley for providing the key!