SO DAMN SURE OF US poems by Bree...debuting at Snoetry 5 in Erie PA!

NightBallet Press is inordinately pleased at being able to announce the publication of so damn sure of us by Bree! 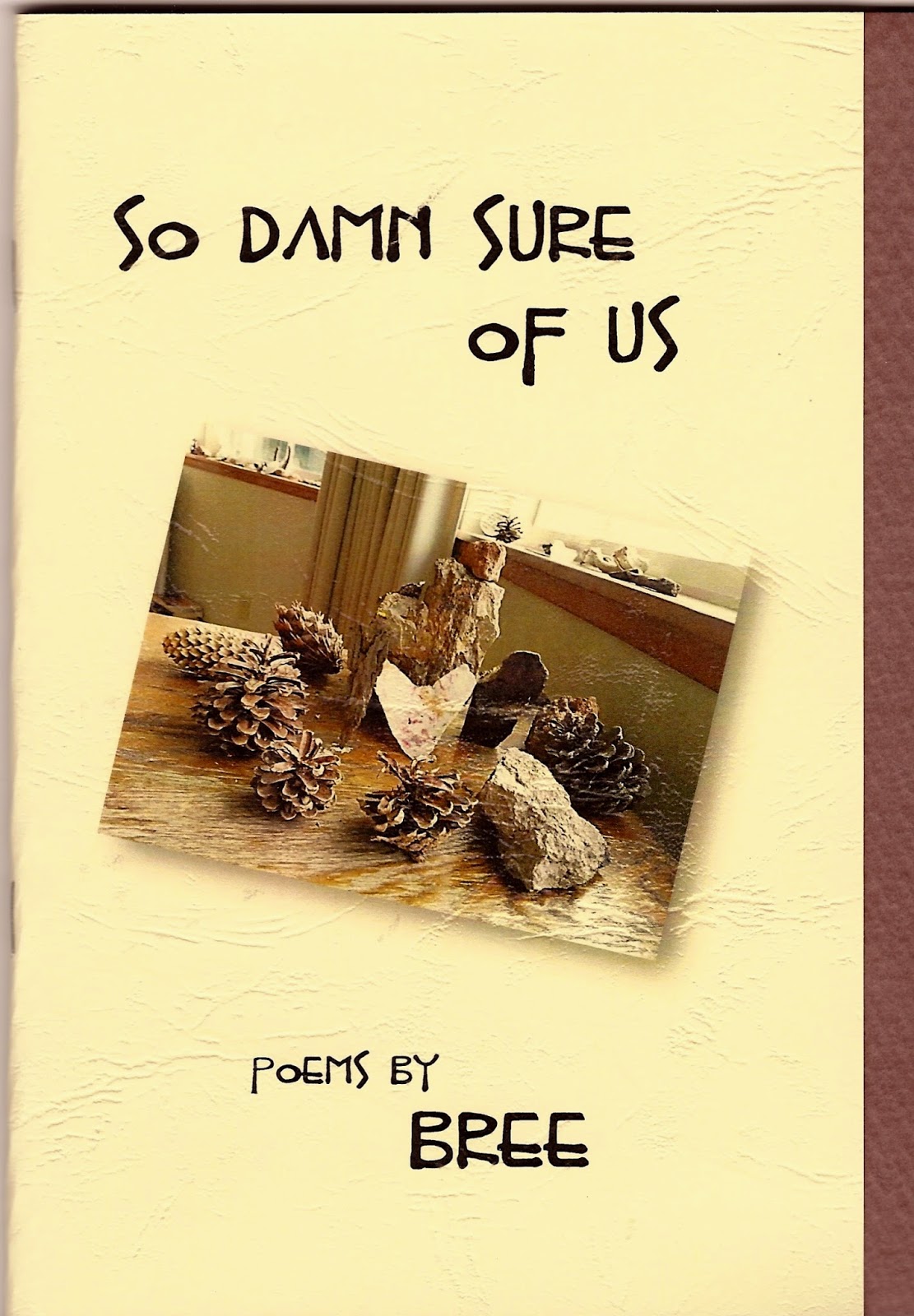 so damn sure of us is the third NBP publication in this
New Year...and we will be releasing the book tomorrow at SNOETRY: A Winter Wordfest 5!

Saturday, January 24, 2015 is the fifth Snoetry: A Winter Wordfest celebration produced by Lix & Kix poetry partners John Burroughs and Dianne Borsenik.  This mega-event, which is coproduced with the Erie County Poet Laureate Initiative, will be held at the Avalon Hotel in Erie, Pennsylvania.  Featured poets from several states will be reading from 1pm to 11pm.  Among them will be Bree, who will have copies of her brand new book!

so damn sure of us is a 48 page book containing 37 poems by the one and only Bree.  The leatherette-textured ivory cover (with a woodsy-brown cardstock insert) boasts a lovely photo taken by Chansonette Buck.  The text is printed on creamy ivory paper.  The poems are mystical and magical, with intriguing titles such as "Big & Little Clifties", "Times New Roaming", "o i am in love with an ideal madly", "i wunder why a poet misspells sumtimes?", and "relax, nothing is under control".  Bree engages the reader with images conveyed through a distinct language that flows musically...her words beg to be taken on the tongue and savored. 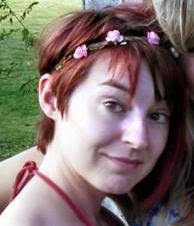 Bree, from Pleasureville, Kentucky, is a poet, memoirist, artist and publisher with long-time ties to Cleveland, Ohio.  Since 2001 her Green Panda Press has put out chapbooks and anthologies.  Her work has appeared widely, including in magazines like Big Bridge, Arthur, ArtCrimes, and many others.  Crisis Chronicles Press published two volumes of her song lyrics.  Explore more at her Green Panda Press blog.


If you are attending Snoetry, you may purchase a copy of so damn sure of us directly from Bree.  Plus, BONUS, you can catch her featured performance there!

NightBallet Press will also have copies of Bree's book, along with other tasty poetry tomes, at Snoetry.  If you are unable to attend Snoetry, so damn sure of us is for sale on Amazon, or better yet, purchase a copy NOW through PayPal right here on this website - only $10 plus $3 shipping!