NightBallet Press is delighted to announce the publication of the first title in our ninth year of publishing...The Wonder Cupboard by Kathleen S. Burgess! 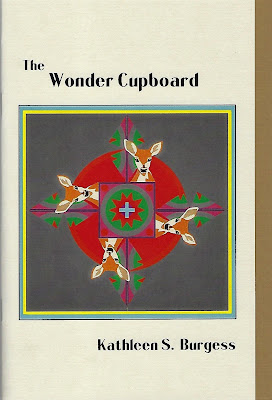 The Wonder Cupboard contains thirty-four poems on forty-four pages. The cover is a pale ivory textured card stock, with a warm wren-brown textured card stock insert. The poems are printed on pale ivory paper. Once again, we are ecstatic to have Bree's art grace the front cover of a NightBallet Press book. Many thanks to her for giving us permission to use "White Tailed Fawn 4.13.19" for The Wonder Cupboard. 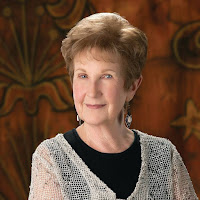 Kathleen S. Burgess is senior editor at Pudding Magazine: The Journal of Applied Poetry, and has been published in dozens of journals and anthologies. Collections include Reeds and Rushes: Pitch, Buzz, and Hum (Pudding House Publications, 2010, as editor), What Burdens Do Those Trains Bear Away (Bottom Dog Press, 2018), Gardening With Wallace Stevens (Locofo Chaps, 2017), and Shaping What Was Left (Pudding House Publications, 2006). Retired public school music teacher and union officer, she has worked pink-white-and-blue collar jobs, and served as president of Datagang Corporation, a 501(c)(3) video production company commissioned by The Ohio State Libraries, the Ohio Endowment of the Arts, et al. She and husband Jack Burgess enjoy trails, earthworks, the arts, and four adult children.

You may buy a signed copy of The Wonder Cupboard from Kathleen herself, should you be local to Chillicothe/Columbus/Southern Ohio. Beginning 8/30/19, you may purchase copies directly from NightBallet Press for only $15, which includes shipping/handling. Use the PayPal button below; you don't have to have an account to pay. Treat yourself to some wonder...order The Wonder Cupboard today!

We Celebrate Eight-Going-on-Nine-Years of NightBallet Press!


Well, we've had an exciting year here at NightBallet Press, to say the least! Our year, or Season as we call it, runs from September to September. We've just completed Season Eight, and we couldn't be more proud of the poets whose books we've produced over the past twelve months:

Waiting for the Wind to Rise by M. J. Arcangelini

As Falls Trees by Mark Danowsky

The Curve of Her Arm by Robin Mullet and Holli Rainwater

The Answer Is Not Here by Lisa and Sean Dougherty

Although beset by a couple of months' delays early this year -- the publisher was in an accident in February that totaled her car, gave her a concussion and seat-belt injury, and shook her to the core -- we've still managed to publish eight excellent titles for poets across the United States!

Those Who Pray to Rice by Julio Montalvo Valentin

Holding Your Breath by Jennifer Hambrick

We expect to accept several more over the coming year!

The printer, ink, paper, cardstock, postage, business cards, envelopes, packing tape, staples, and pens are only a part of what makes NightBallet Press run smoothly. We have our covers professionally printed by a local family-owned print shop. We make regular runs out to Brunswick (about a forty minute drive) to obtain our paper and cardstock from another family-owned business. Wherever possible, we support other small presses and family-owned small businesses, and we travel to literary festivals to publicize and promote our poets and their books.

We have produced over one hundred titles for poets across the United States and Canada. We have used the art of over a dozen artists and photographers for our covers, and we actively seek out exciting new art for future covers.

To any-and-everyone who has ever bought a NightBallet Press book, promoted the press, given us a table at an indie/literary festival, invited us to participate in workshops, ordered additional copies, subscribed, or donated money, THANK YOU. You make it possible for NBP to give voice to some of the best contemporary poets alive today. I appreciate you, from the bottom of my heart.

This summer, NBP offers you an opportunity to participate in this grand endeavor and to be directly responsible for the next season's publications, by joining the Wingman Club. What is the Wingman Club? It's a one-year subscription to the press, which will start September, 2019 and go through to September, 2020. For $50, you receive every book that we publish during Season Nine, including the ones listed above! We guarantee you'll get your money's worth!

Season Seven's books, 2017-2018, totaled $126.00, before shipping. Season Eight, even with the accident's setback, totaled $80. Plus, the subscription offers an additional bonus: no charge for postage! That's a huge savings, in addition to the incredibly low cost of a subscription.

A wingman is someone who supports a friend or associate. Feel the wind beneath your wings and take advantage of this offer while you can!  (Due to the high cost of postage, this offer is only for residents inside the United States, but we are more than happy to make alternate arrangements for anyone outside the U.S. who wishes to subscribe! Just contact us and we'll discuss it.)

Support this small press and you'll know that your subscription donation is going directly into books we publish. We do not receive grants or funding from any outside source but YOU. As a bonus, subscribe now and we'll include a copy of Throwback Thursdays, Margie Shaheed's final book, along with your first copy in the new subscription. 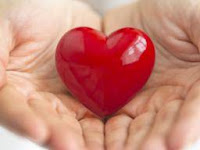 Dianne Borsenik
Elyria, Ohio, United States
NightBallet Press is an independent small press interested in the musicality of language and the originality of expression, with a commitment to excellence. Founded in 2011, we have since published over 100 titles for poets across the U.S., including George Wallace, Gregg Shapiro, Kathleen S. Burgess, Sean Thomas Dougherty & Lisa M. Dougherty, Christine Howey, Alex Gildzen, John Burroughs, and Karen Schubert. We work with gifted photographers and artists to produce visually stunning cover art. In 2015, NBP produced BeatStreet Cleveland! as part of the National Beat Poetry Festival, bringing together such lauded poets as D R. Wagner, Ingrid Swanberg, Steven B. Smith, and Jim Lang. In 2016, NBP published Delirious: A Poetic Celebration of Prince, an anthology with tributes from 70 different poets across the U.S., England, and the Philippines. We nominate annually for the Pushcart Prize and the Ohioana Book Awards. Subscriptions are available. Stay tuned for exciting details, including book releases and featured readings. NightBallet hopes to see YOU at a book fair, indie festival, or local poetry reading soon! Please direct all queries and comments to nightballetpress@gmail.com.

Would you like to be a "wingman" at NightBallet Press? A wingman is described as one who supports a friend or associate. We are offering a chance to fly with us by joining the Wingman Club and receiving every book published by the press for 12 months. And the cost of this flight? Only $50 for one year! Last season's books, 2017-2018 Season Seven, totaled 14 books at $126.00, before shipping! The new subscription season, Season Eight, officially begins September, 2018, with a guaranteed minimum of ten new books to be published, many of them full-length collections. The total worth of next season's books is estimated to easily exceed one hundred dollars. The season will start early with a book by Joe Arcangelini published in August! This subscription offers an additional bonus: no charge for postage! That's a huge savings, in addition to the incredibly low cost of a subscription. At whatever point in the year you join, you will receive every book published between August 2018 and September 2019! Feel the wind beneath your wings and take advantage of this offer while you can! Join NightBallet Press' Wingman Club and begin your one year subscription today!